* In case of any delay in receiving the OTP, you may verify it later. Please proceed without verification.

Enter your City name or Pincode

Bhadreswar is a municipality town in Hooghly District of West Bengal State. It is located barely 50 kms away from headquarter city of Hooghly as well as capital city of Kolkata. While proximity to such key cities surely holds strategic importance for this town, but more importantly this town on its own boosts pretty good infrastructure in all key areas. You’ll find comprehensive information about this town’s reliable infrastructure in all the below paragraphs, where we’ve made very sincere effort to cover this town in a very comprehensive and inclusive way. 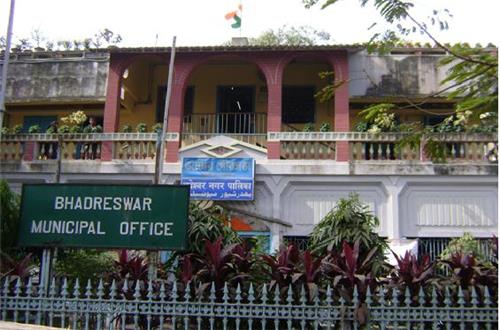 Bhadreswar town falls in a region which has been ruled by many great empires since ancient times. Right from Maurya and Gupta Empires to many indigenous empires that sprung up in Bengal have ruled this region during ancient period. Coming to medieval period, then during this period Bhadreswar and rest of Bengal region witnessed invincibility of Mughal’s and Nawab of Bengals. However, their invincibility vanished with the passage of time and their reigns were replaced by mighty Britishers who shaped the future of this town of West Bengal. The most important being establishment of Bhadreswar Municipality in 1869, which opened a new chapter in this town’s economic and civil development. Besides establishing local municipality, Britshers made many more infrastructural contributions, which obviously helped this small town to stand on its feet.

Civic responsibilities are looked after by Bhadreswar Municipality. Ensuring supply of drinking water to all households, sewerage maintenance, street light maintenance and property tax collection are some of its important responsibilities. Besides, it is responsible for running various healthcare schemes and also to facilitate growth of economic infrastructure to ensure economic viability of the town. To ensure that all above mentioned duties and responsibilities are rendered very effectively, Bhadreswar Municipality has been divided into total 22 wards. These 22 wards are directly supervised by Municipal Councilors, just like it is done in all other civic bodies. And just like all other civic bodies, here too elections for electing Municipal Councilors and Chairman/Vice Chairman are held once in every 5 years. However, all executive powers are vested in the hands of Executive Officers, who is an IAS officer appointed by State Government.

A local police station does operate in the very heart of this town to ensure safety and security of all ordinary citizens. Besides, local police stations are also stationed in adjoining towns like Chandernagore, Singur, Haripal and Tarakeswar town, invariably ensuring that law and order of entire region as a whole remains stable and calm. Now speaking about actual law and order situation of this town, then it has always been very stable. General people and business community go about their work care freely and without any worry about their lives. However, sometimes pity and even serious crimes do take place here, but they are swiftly addressed by local police officials and law and order is again brought under control in no time.

Bhadreswar boosts a pretty mixed economy, where industrial sector, service sector as well as agricultural sector play very important role. Owing to its mixed economy Bhadreswar town can be considered as fairly modern economy, though it still has a very long way to go in modernizing its economy. Talking first about its industries, then there are quite a few agro based industries operating in and around Bhadreswar town. Victoria Jute Mill and Reliance Jute mill deserves mention because they are one of the largest jute mills of Hooghly District, but more importantly they generate huge number of employment for locals of Bhadreswar town. Aside from this above mentioned jute mill, there are many more mills and other industries operating in adjoining towns like Hooghly, Kolkata, Angus and Champdani. Needless to say, Bhadreswar’s locals are employed in very huge numbers in industries operating in all these adjoining towns. Actually Hooghly District is itself one of the most industrialized districts of West Bengal state and Bhadreswar town happens to be located at a very strategic location of this industrialized district, which obviously proves very beneficial for its local economy. 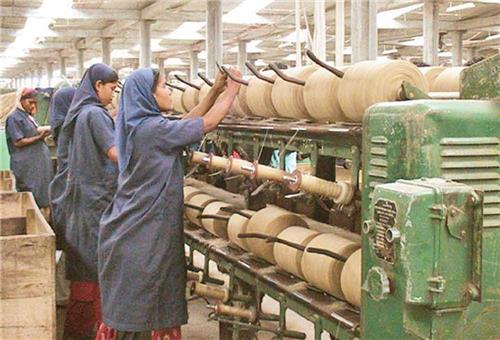 Jute Mills
Coming to service and agricultural sector, then both these sectors also generate huge number of employment for locals here. However, years of steady urbanization has surely helped service sector in gaining more ground, whereas agricultural sector’s influence has been restricted to adjoining villages and small towns.

Today decent numbers of reputed nationalized banks are operating their branches in this town. In addition to these banks, quite a few local cooperative banks, regional rural banks and small micro finance institutions are also operating their branches here. All these financial and banking institutions do make up for very reliable banking services. However, we can’t help but suggest the fact that this fast growing town deserves to have even more branches of reputed commercial banks. The current number of branches that merely constitutes of 6 to 7 branches is surely not sufficient enough for an ambitious town like this. Hopefully in coming years we’ll see more reputed banks opening their branches here.

This fairly developed and moderately urbanized town does have pretty decent numbers of well equipped hospitals. However, total population of Bhadreswar town is over 1 lakh and these decent numbers of hospitals is surely not enough for such a huge population. But again Bhadreswar’s proximity with developed cities like Hooghly , Kolkata and quite a few other developed town proves more than handy for local patients here. As and when needed local patients flock to many multi specialty hospitals operating in all these comparatively more developed cities. 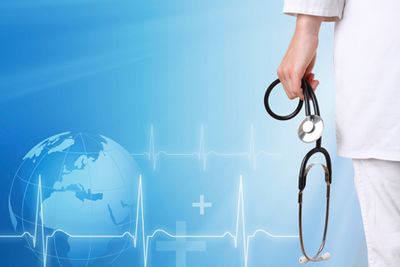 Healthcare
Owing to availability of so many choices general healthcare condition of this town is pretty good. Infant mortality rate, rates of death by any epidemic or otherwise are always very low here.
Moving ahead of hospitals and coming to other services like chemist shops and clinics, then this town has absolutely no dearth of them. Thanks to them there is never shortage of medicines in the town and nor do local patients have to struggle to find qualified and experienced doctor.
Hospitals in Bhadreswar

There are more than sufficient numbers of auto rickshaws in this town, which for all apparent reasons has assumed role of an important lifeline for daily commuters here. After all, it is solely thanks to them that today local commuters can easily travel back and forth from any part of the town. More importantly these auto rickshaws have became boon for local economy here, as they help in transporting local labourers to their respective work places. Coming to connectivity, then train and state run bus services completely ensures that Bhadreswar town is directly connected with many parts of West Bengal state. Talking specifically about Bhadreswar Railway station, then this small railway station directly connects Bhadreswar town to all adjoining town as well as far across towns of Hooghly district as well neighboring districts. If we’ve to name some of the important cities that Bhadreswar station is directly connected, then they are as follows: Hooghly, Howrah, Bandel and Burdwan.

Comments / Discussion Board - About Bhadreswar